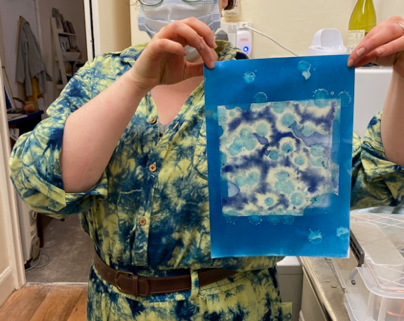 Last month Harriette and Lucie met to experiment with cyanotypes in the garden (socially distanced, of course).

Having never produced real cyanotypes before, Lucie walked me through the stages.

Lucie, in turn, learnt to cyanotype a few years ago from York artist Alun Kirby having discovered the technique in the form of architectural plan blueprints. Alun informed her that the early photographic technique was invented by Herschel in 1839 and popularised by pioneering botanist Anna Atkins

We began by mixing the chemicals to create the light-sensitive ‘ink’ and painting this on to different paper types – thick watercolour paper, printmaking paper and sketchbook pages.

We used a range of brushes and sponges to create different textures and patterns in the ink to be developed. 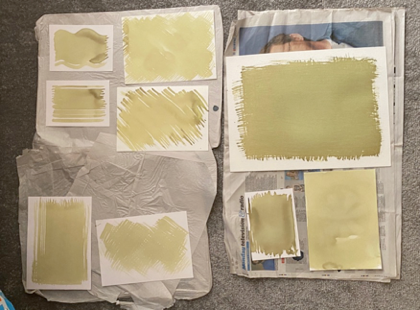 Image 1: Different paper types coated in the light-sensitive ‘ink’ – who knew it started off olive-green? 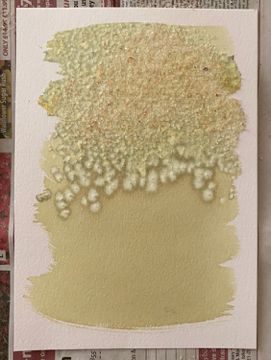 Whilst the papers were drying we chose objects & plants we wanted to expose – Lucie also had image negatives printed on to acetate.

We utilised picture frame glass and backing boards along with bulldog clips to create a press to apply even pressure to the objects on the paper – this gives a crisper edge. 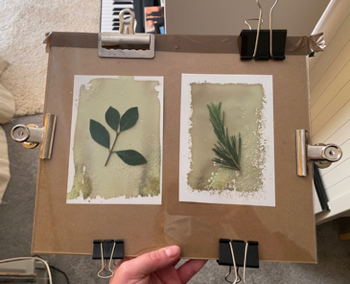 Image 3: Press made from picture frame glass and backing board – held in place with bulldog clips.

We exposed the prints outside in the garden – the sun had gone in as we were ready so we relied on the brightness of the day. 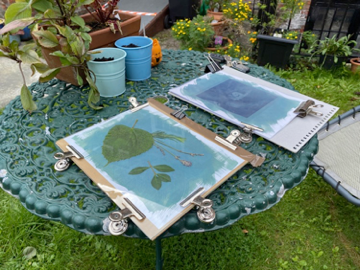 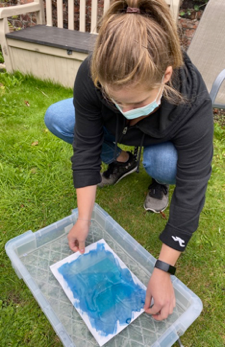 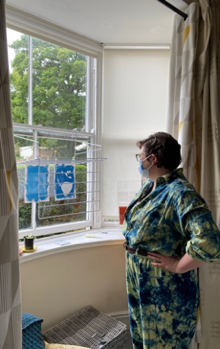 We finally got some evening sun so continued to experiment with different objects. We also trialled spritzing prints with water and lemon juice for different effects. 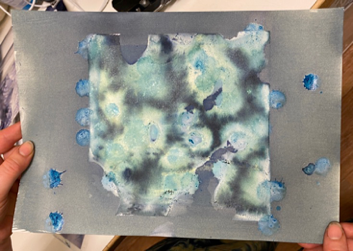 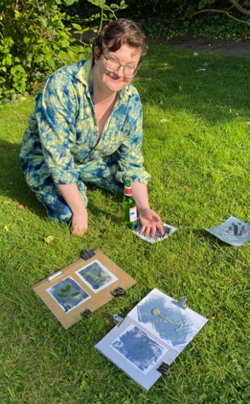 Image 8: Lucie exposing her hand and beer bottle, amongst other prints. 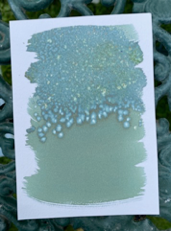 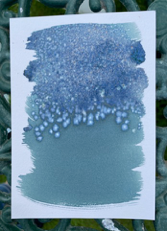 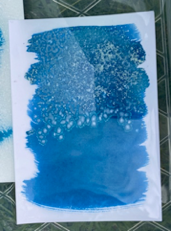 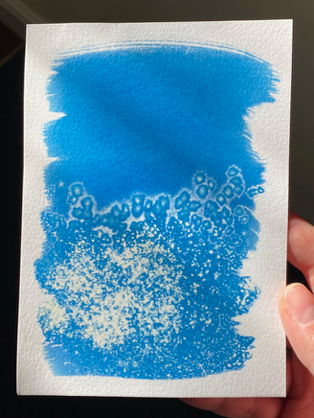 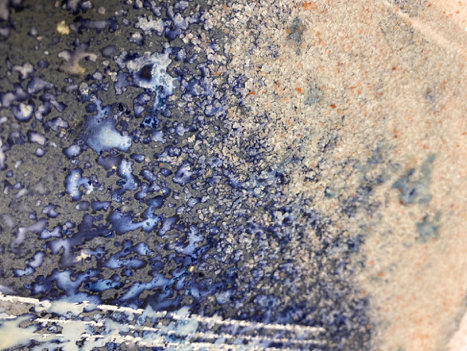 Image 13: Exposing cyanotype sprinkled with rock and spritzed with water.

We decided to use a tea bath on some of the prints to produce silvery tones. This added a lovely quality to prints that didn’t expose as we had hoped. 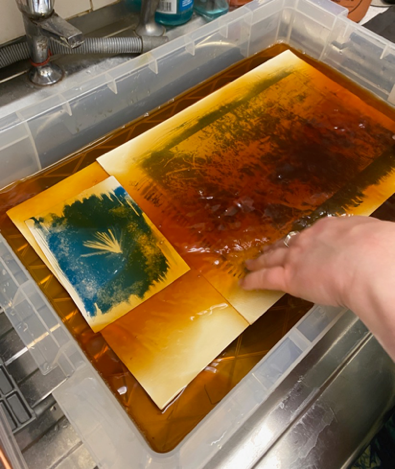 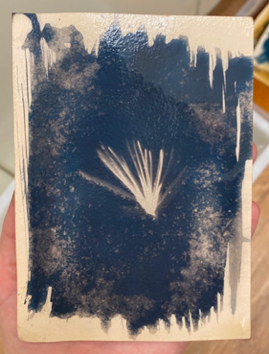 Image 15: Harriette’s tea-stained cyanotype to give silver tones to under exposed areas. 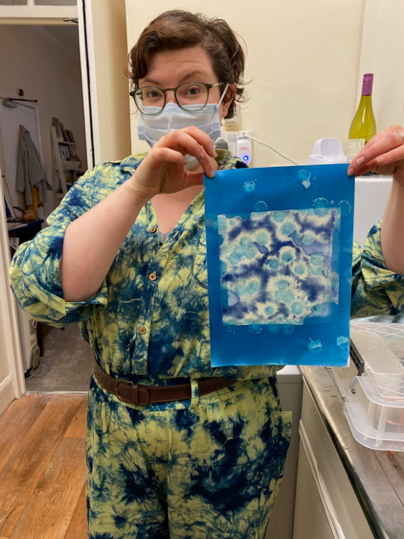 Image 16: Lucie with her film exposure cyanotype with addition of lemon juice

Overall a great day was had with lots of fun experimenting and copious cups of tea.

Want to join the discussion?
Feel free to contribute!

The complexities of collage
Scroll to top