Carrie is an artist and printmaker based in the village of Stamford Bridge, between the historic city of York and the rolling beauty of The Wolds. She creates contemporary, modern nature and botanically themed linocuts, which are inspired by the countryside surrounding her. Many of her designs are based on photos she has taken whilst out and about or subjects she is particularly interested in, such as moths and other insects. Her favourite part of the process is the carving. She finds it is such a meditative, calming process, and she can get lost in hours of mark making with just her music for company.

Carrie studied 3D Design at the University of Northumbria, Newcastle, before taking up a career in events management. She became interested in printmaking 3 years ago when she joined York Printmakers, and has been honing her skills in linocut. She has exhibited at the York River Art Market for the last 3 years, with York Printmakers at the Cemetery for 2 years running and also jointly with Lin Taylor at Parings Wine Bar December 2019-February 2020. She was accepted to exhibit with York Open Studios this year, but sadly the event had to be cancelled. Carrie will be exhibiting with York Open Studio in the 2021 exhibition. 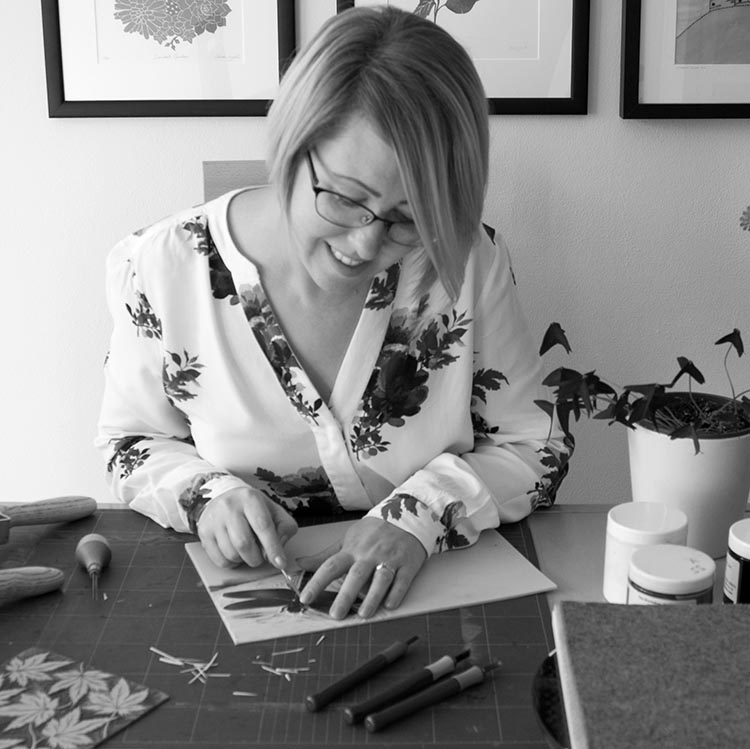