Pamela Knight has been a printmaker since learning the technique of collagraph from Peter Wray in 1996, following a career as a theatre and exhibition designer.

As well as collagraph/carborundum printmaking she enjoys making monotypes. Her work as a printmaker has led her into painting in oils and acrylics. The inspiration and subject matter for all her work is predominantly Landscape.

Collagraphs can only be produced in limited editions. The plate, which is usually made of cardboard or thin plywood, becomes flattened after it has been passed through the etching press (with 18 tons of pressure each time) a limited number of times. Pamela finds the collagraph technique a really creative process, always open to the production of an infinity of new and surprising textures and marks. The inked plate can be added to by rolling other colours on top (viscosity overprinting) – which further enriches the final print. 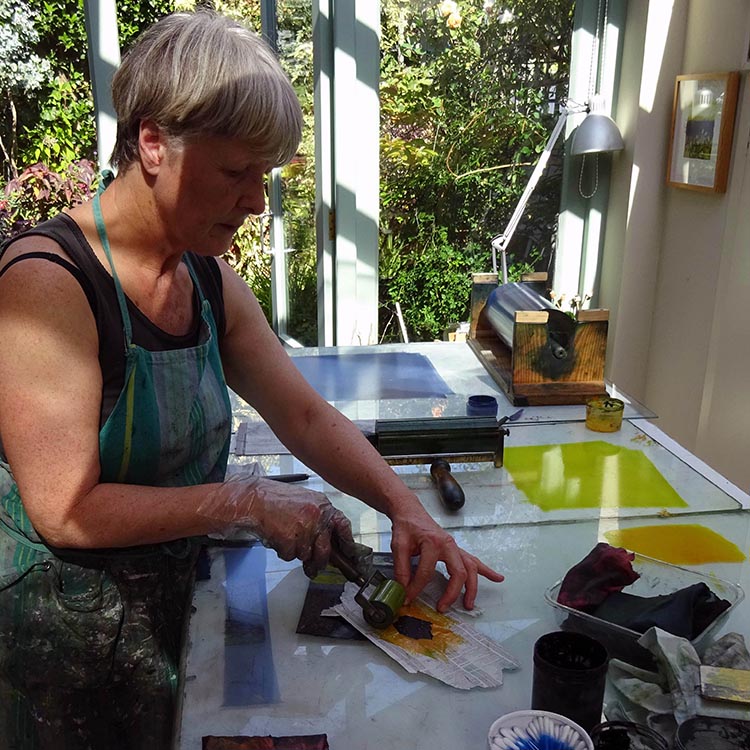