Sally is originally from York and is a practising artist, focusing generally on painting and printmaking.  After leaving the Royal College of Art, she moved back north and settled on the North York Moors. She has spent her time here teaching in a variety of colleges and schools while also working as a designer and manufacturer for Libertys of London.

Her work is greatly influenced by her environment and often reflects the landscape around her. Literature is also an important source of ideas, especially the literature of the last century.

More of her work can be seen at www.facebook.com/sallyparkinart and she is currently working on a new website. 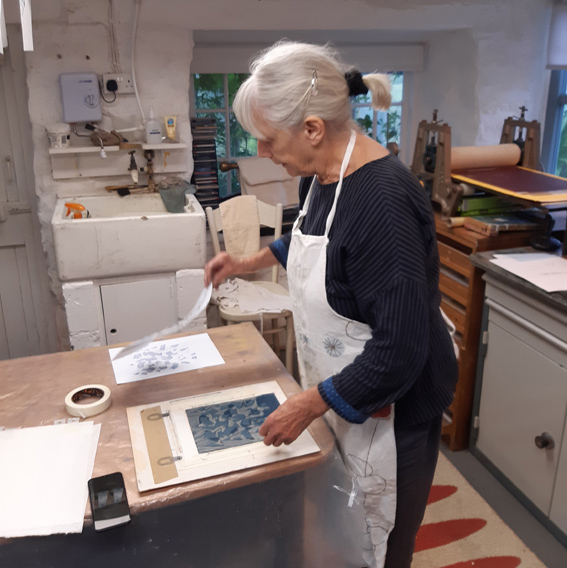